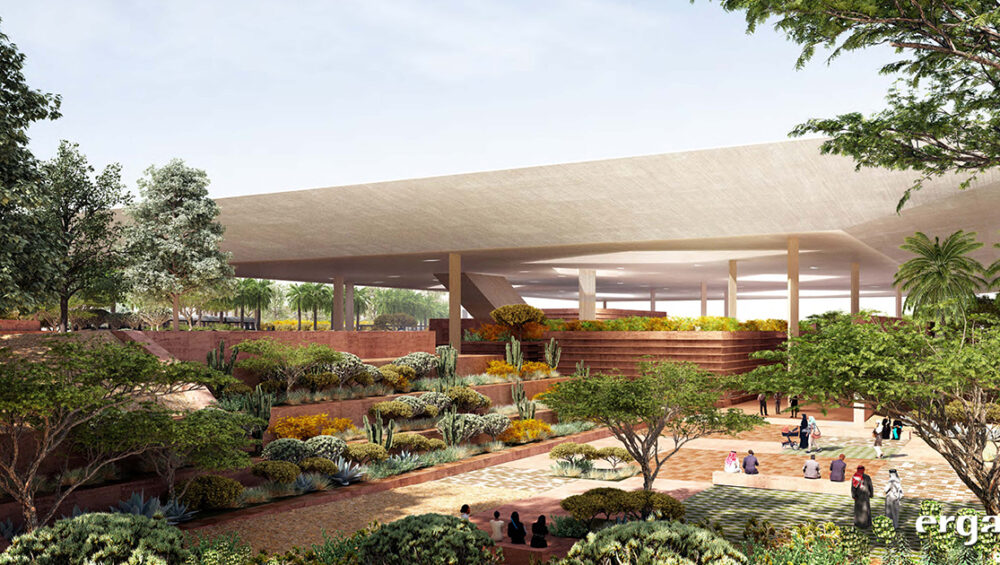 The Visitors’ Pavilion, located in the heart of Riyadh’s King Salman Park (KSP) masterplan, is envisioned as a new landmark project and a public realm.

The KSP Visitors’ Pavilion is a sustainable project designed to fortify the city’s cultural regeneration and thrive oasis in the desert.
It works to cool the air through a labyrinth under the courtyard and a double-skinned canopy of approximately 16,000sqm to provide a refreshing environment and adequate thermal comfort in the pavilion.

Its welcoming parcel of approximately 41,000sqm welcomes public and VIP visitors via a majestic entrance pavilion with the diamond motif echoed in the scheme’s structural columns and slab apertures. A diamond-shaped waffle slab system gave the entrance, dining, conference, and auditorium pavilions a distinguished touch.

Visitors ascend via staircases and escalators in a massive prism that connects all of the amenities to the sky pavilion. They enjoy breathtaking views of the master plan from the massive rooftop platform that spans the entire project footprint. 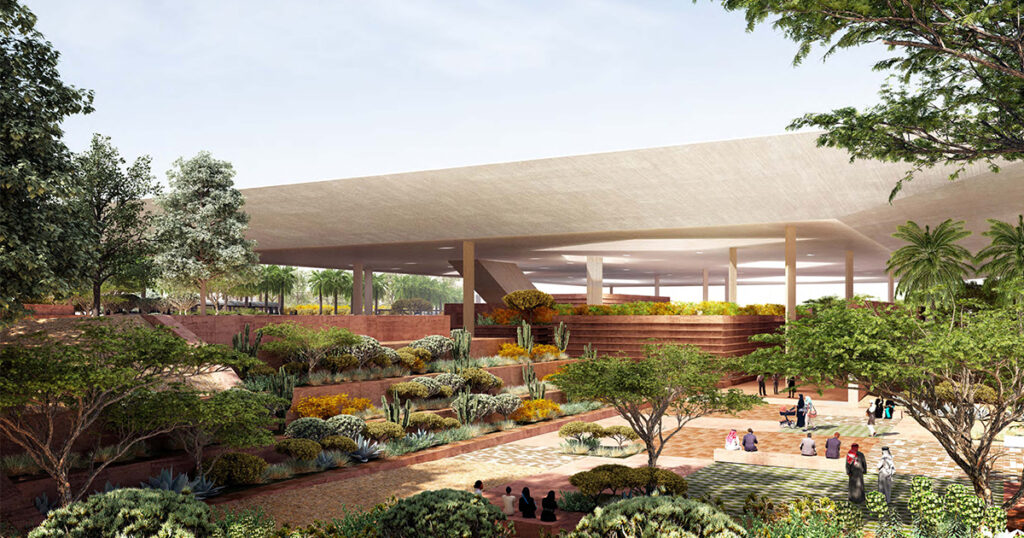 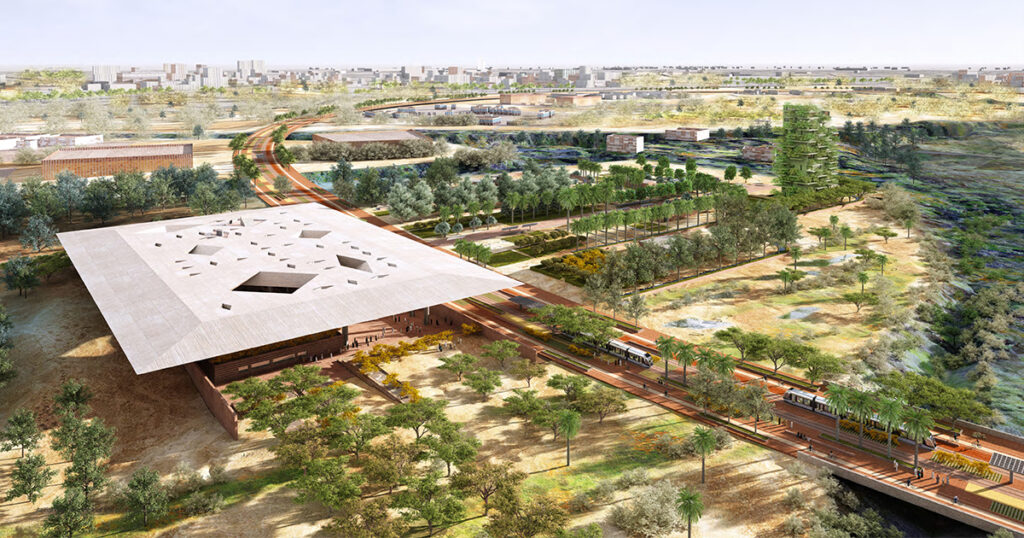 Erga’s structural engineering scope comprised the design of five pavilions, a common basement, external service structures, and surrounding landscaping areas. Hereafter is a list of some particular issues that were tackled during the design process.

The Mechanical systems were designed to offer the best in terms of comfort, reliability and safety. Systems are also easily maintainable and efficiently operational.

The mechanical systems are divided into five parts:

Building management system for the electro-mechanical systems was provided allowing full control of all equipment from the system and status, alarm and fault indication of equipment as well as high and low level alarms of all water tanks and sump pits, in addition it will operate in a most optimum and energy efficient mode.

The aim of the electrical design of King Salman Park was to provide a high level of service with maximum availability while conforming to the local and international standards and life safety requirements.

Bill of Quantities and specifications were prepared in compliance with the latest AIA Master spec format and issued for tenderers.

The electrical scope is separated into three parts:

The ornamental and non-decorative lighting fittings were chosen in collaboration with Adjaye, the project’s International Architect.

The scope of the above work included interior and exterior landscaping, hardscape, streetscape elements including but not limited to plazas, decorative pavements, environmental graphics, and irrigation systems as required, coordination and interface of the irrigation system with site-wide utilities, landscapes, and hardscape such as paving materials, planters, benches, fountains, display boards, flag poles, etc. In addition, the design provided coordination of all wet-scape elements such as water features, fountains, etc.

Coordination with the Main Consultant covered the choice of trees, ground cover, landform, paving and materials, and hardscape elements.