All the details about the renovation of “Beirut National Library” 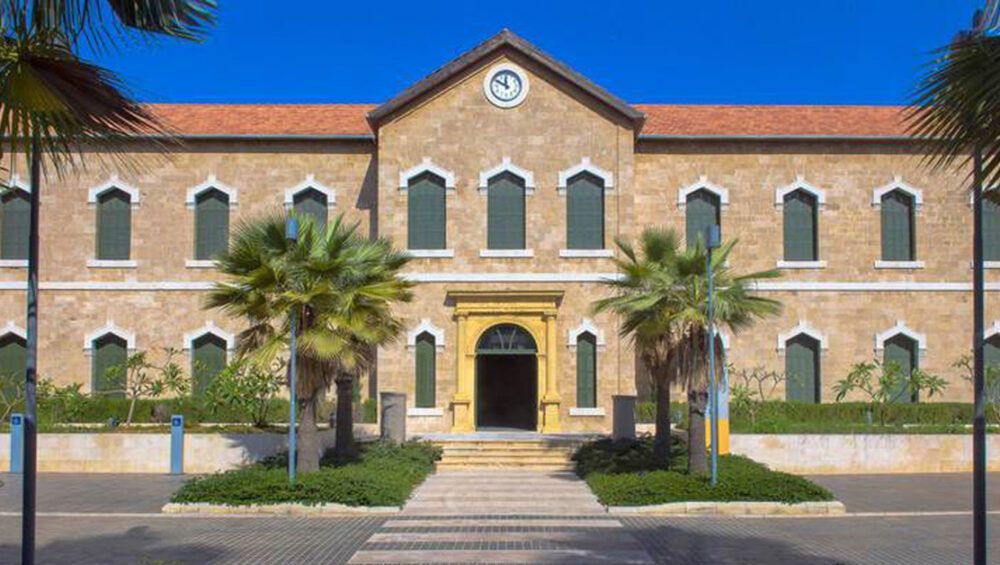 After 20 years of renovation, Beirut’s treasure, the Beirut National Library, reopened its doors in 2018, after being closed during the Lebanese civil war. The current structure was constructed in 1907. 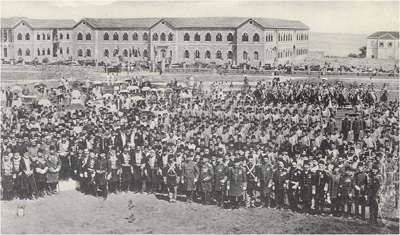 The new library building is a cultural center, with an auditorium, many multipurpose rooms for workshops, conferences, and exhibitions, as well as a large public reading hall. 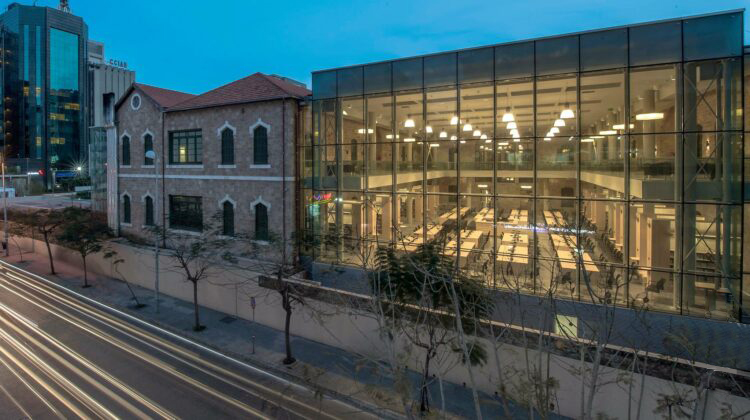 The current building was constructed in 1907 as part of the Sanayeh complex (Arts and Crafts School). In the late 1880s, Beirut became the Ottoman Empire’s provincial capital, and the city underwent a major urban transformation as part of the Ottoman reform ambitions. Beirut’s long-awaited counterpart of similar schools erected throughout the Ottoman Empire was the Arts and Crafts school. The Ottoman Governor Ibrahim Khalil Pasha placed the foundation stone in September 1905, and the buildings were ceremoniously inaugurated on August 19, 1907.

The Sanayeh Vocational School for Arts and Crafts, located to the east, and a hospital, located to the west, were the two main structures of the enormous complex. A public garden, still in use today, faces them to the south, encompassing 29,450m2 of the 167,000m2 area. The hospital that is now the Lebanese Ministry of Interior and the school that housed the Lebanese University Law Faculty look to be twin buildings, despite the fact that they have had varied functions since their creation. The latter will be housed in the National Library.

The structures, which have a U-shaped layout, are very austere, symmetrical in plan and elevation, and have a rigorous composition. The two-story buildings are made of sandstone, with the limestone arched galleries on the southern façade displaying exceptional craftsmanship. Steel I-beams sit on load-bearing walls carrying conglomerate slabs, which is typical of the historical period. A red-tiled roof supports a timber truss masked by a Baghdadi plastered and wood-lathed ceiling on the top story.

In 1999, the government decided to start an effort to restore the inherited collection from the National Library before World War 2. The Sanayeh Building in Beirut, which housed the Lebanese University Faculty of Law at the time, was selected as the future home of The National Library by decree 29 (4/8/1999).

The Lebanese government, in collaboration with the European Commission, launched a three-year initiative to renovate the National Library in 2003. The project’s scope comprised collection repair, human resource training, and institutional structure preparation, as well as an architectural concept brief.

The Faculty of Law moved out of the Sanayeh Building in 2006. Following that, the government issued decree 75/5/1/06 establishing the building and its surrounding areas as The National Library.

The extension, construction, and refurbishment of The National Library Project were made possible by the generosity of His Royal Highness Sheikh Hamad bin Khalifah Al-Thani, former Emir of Qatar, who committed $25 million toward the project’s completion.

The following are the primary design proposal obstacles and issues to address when dealing with the resuscitation of the National Library Project:

Secondly, recognize the presence of Sanayeh Garden, Public Buildings, and other connected aspects of the material in the area and the surrounding context of the site is addressed.

Fourthly, maintain project feasibility in terms of design concept and later stage execution-completion within the proposed budget, and finally, the project resulted in the construction of a new underground building, consisting of four underground floors, to meet the needs and facilitate the operation of the National Library, as well as addressing the concerns about the rehabilitation, renovation, and re-use of the existing Sanayeh building by enlisting the assistance of international library restorers among local libraries.

To accentuate the beauty of the contrast between modern and ancient buildings, a new reading hall connecting the two old wings of the Sanayeh Existing Building was constructed.

The first basement is 3,179 m2 in size, with 79 parking spaces, a parking, a technical area, and an 85 megabytes of storage.

The ground level has a total area of 3,268 m2 and includes a 1,695 m2 new reading hall that hosts up to 114 persons, a study space, a multipurpose hall, a bookstore, a café, book management, and other administrative and storage areas.

The first level has a total area of 2,957 m2 and includes a Mezzanine area of 351 m2 new reading hall, private research rooms, Public access to a 140 m2 reference hall, conservation and preservation area, administrative space, and other technical and storage amenities.

The refurbishment of the Lebanese National Library was led by Erga Group as architectural consultants and Erga Management as construction management. 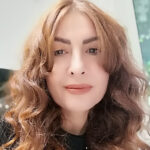 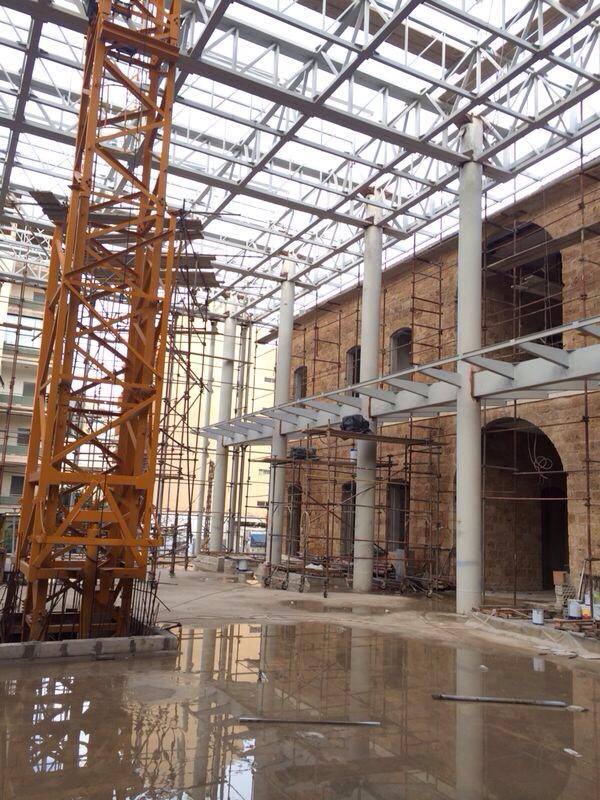 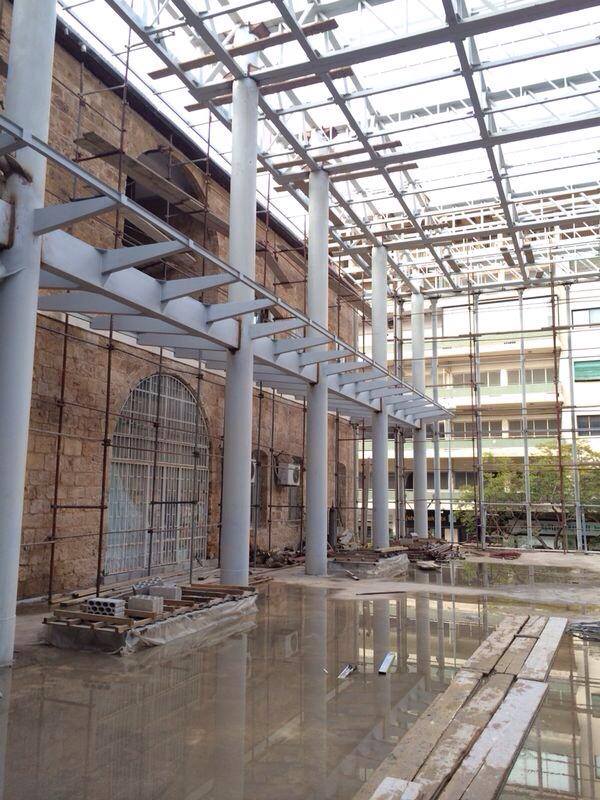