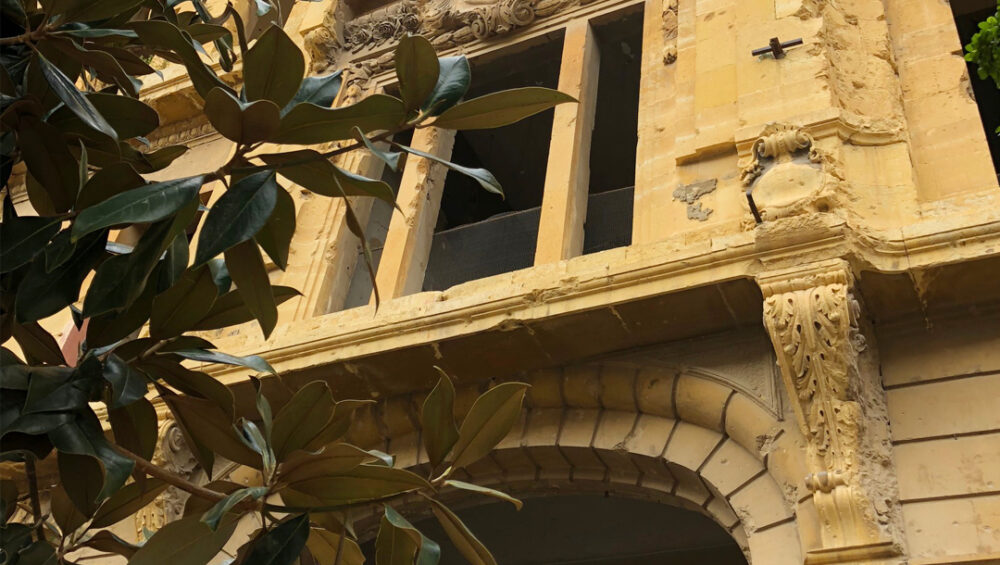 It is one of the last remnants of Beirut before the civil war. It was in the heart of the old souks of Beirut with its traditional cachet, its colorful streets teeming with life, and its buildings dating from the Ottoman era and the French mandate. Abandoned by its tenants in 1975, from the first months of the civil war, it remained standing, imposing its proud appearance despite the hundreds of bullet holes that still cover its yellow stone facade. The Orient building, located on rue Tripoli, is now found at the level of the esplanade of the new souks in the city center, surrounded on the one hand by the emblematic building designed by the Iraqi architect of world-renowned Zaha Hadid and the al-Majidieh mosque, named after Sultan Abdul el-Majid, destroyed during the war and then rebuilt.

Built-in the 1920s under the French mandate, the building was purchased by the Asseily brothers. They set up the offices of their spinning factory there and welcomed their tenants, including the French-language daily L’Orient, founded in 1924 by Georges Naccache and Gabriel Khabbaz.

Christian Merville,  one of the newspaper pillars,  said that “originally, the premises of L’Orient were in an adjoining building. Growing up, the newspaper naturally settled in the Asseily building. Over the years, L’Orient has grabbed more and more offices until it has occupied almost all of them. In the end, our print shop was in the basement, our editorial staff was spread over the first three levels and the administration was on the fourth”. The French-language daily then cohabited with the Bank of Syria and Lebanon and with the Asseilys, respectively on the fourth and second levels.

“Its dimensions are impressive, with rooms measuring six by five meters and a ceiling height of more than four meters. Christian Merville pointed out that the atmosphere was very special because “we were in one of the main commercial arteries of Beirut: Tripoli Street. There were even stores on the ground floor of L’Orient: the Clauda women’s clothing store, the Domtex household linen brand, and the Daou jeweler. We were really in the heart of the city”. And at the heart of Lebanese political life. The editorial staff was particularly close to Parliament and several ministries. “At the end of parliamentary sessions or the Council of Ministers, politicians met at the Ajami restaurant to have a bite to eat. All we had to do then was cross the street to hear the latest gossip. »

When in 1971 L’Orient merged with Le Jour, the new editorial team left the city center and moved to the an-Nahar building in Hamra, while the administration as well as all advertising, accounting, and public relations headed by Camille Menassa take over the premises on rue Tripoli. “We had also created on one of the levels a dozen individual partitioned offices, designed to ensure the confidentiality of exchanges, and useful equipment, in order to rent them to foreign correspondents or businessmen passing through Beirut. The day before the inauguration of this brand new floor, war broke out. 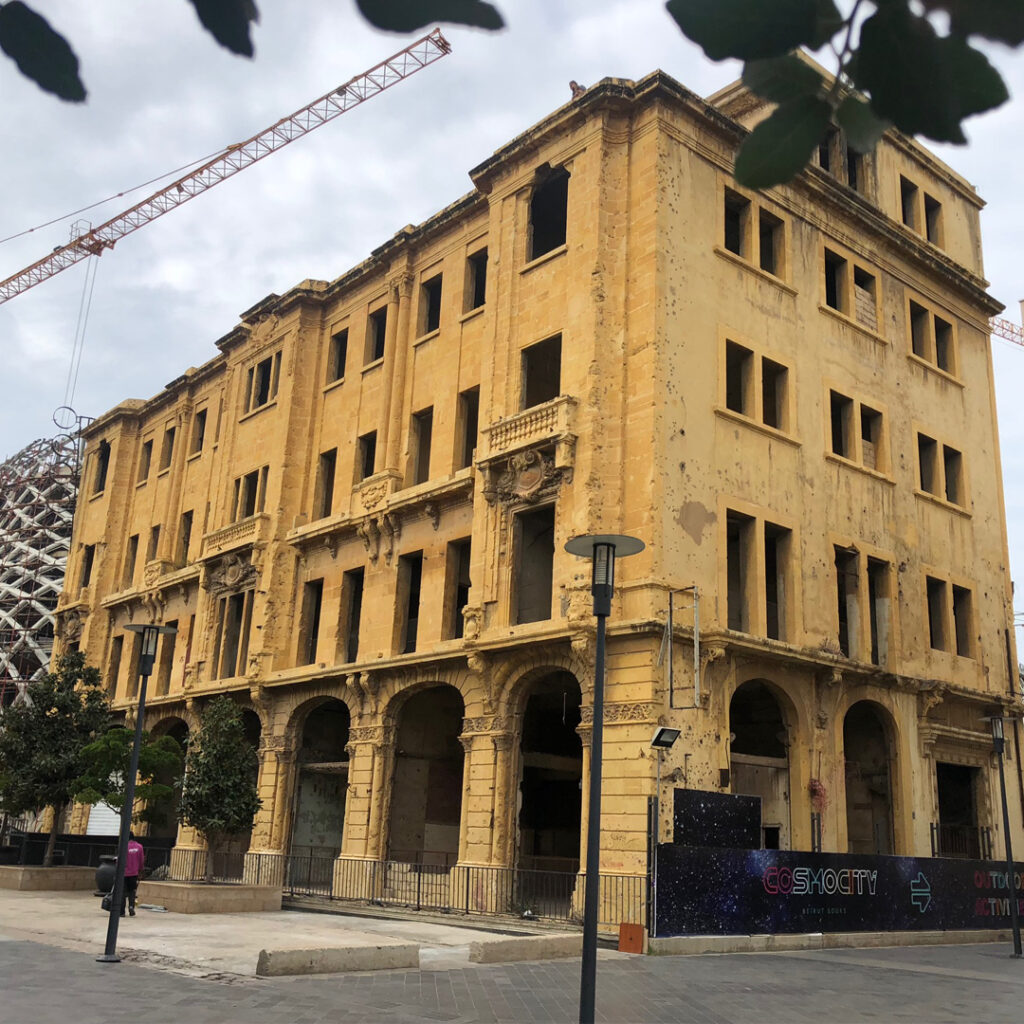 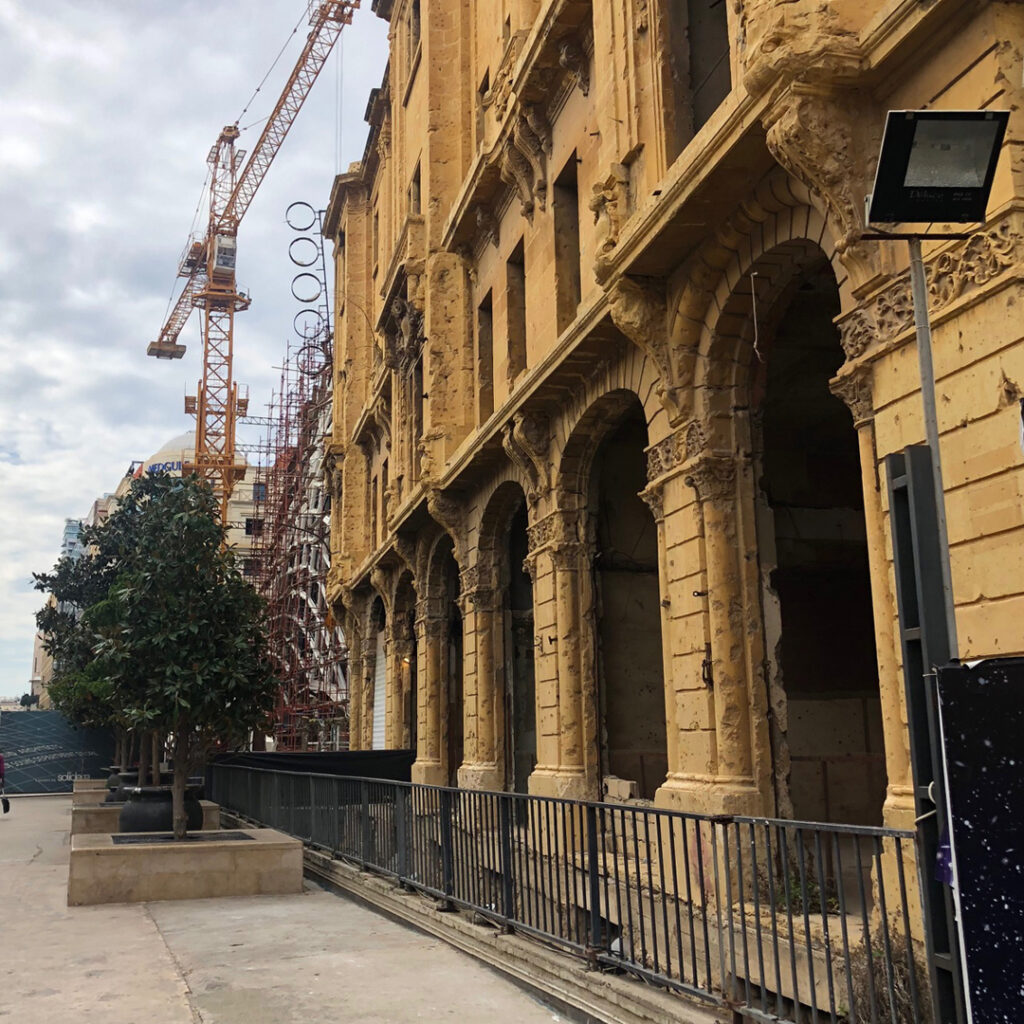 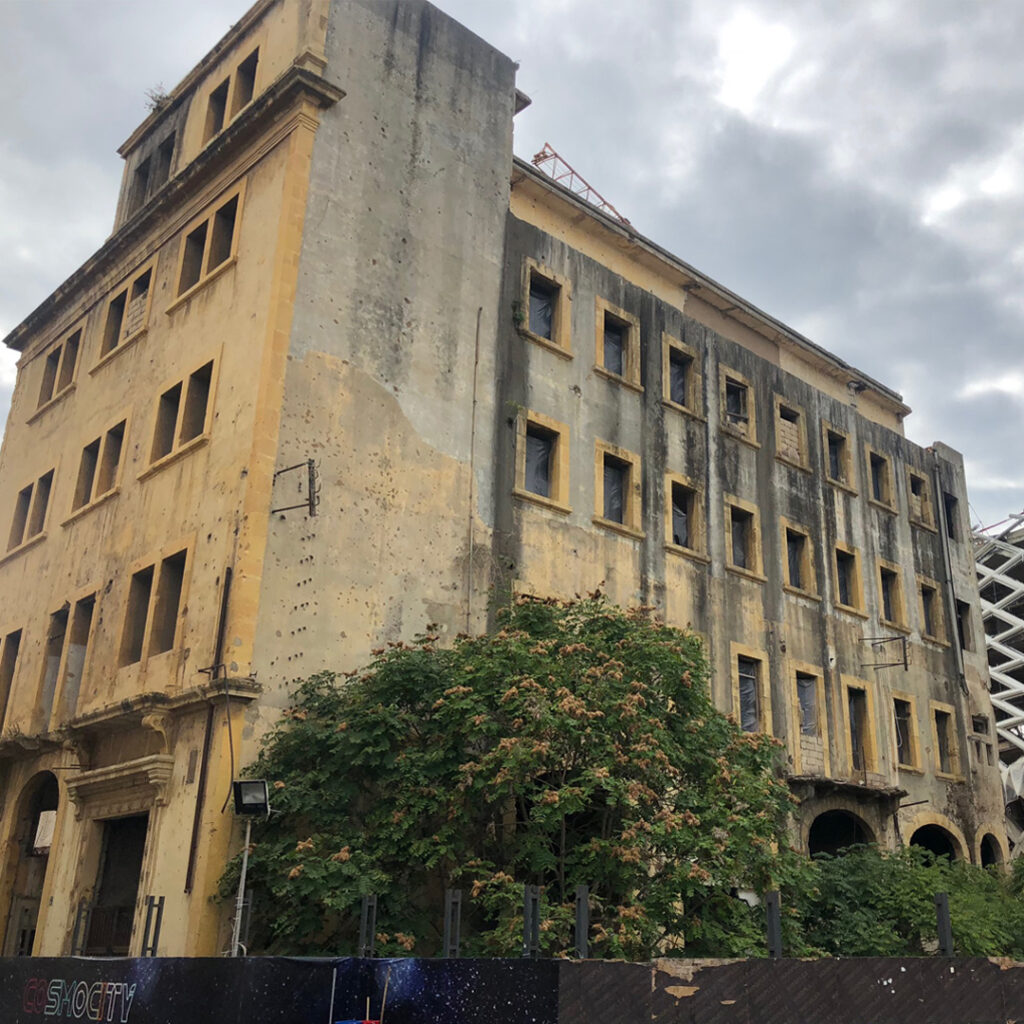 New Design for a New Owner

“The ruin is one of 267 buildings selected in the late 1990s by Solidere (Lebanese Society for Development and Reconstruction) to be restored before 2013 as part of the second phase of the new souks project, specifications established the conditions and methodology of the renovation

To preserve the historic appearance of the building on the outside, the original facade of the Asseily building is still standing. It will be preserved and will symbolically play the role of memory. The two side facades have been demolished; however, they will be rebuilt identically, or almost, since it is planned to add windows to one of the structures that contained no opening and to add a canopy to the roof. The infrastructure is provided, to preserve the identity of the old building, the land occupation coefficient is low; it is 3,500 m2 for an area of 500 m2 of land. For the adjacent plot (300 meters), the floor area is 1,000 m2.
The entire project offers a plot of 800 m2, on which only 4,500 m2 will be built”.

Furthermore, since rue Tripoli is entirely pedestrianized, it is the parking lot of the souks which will serve lot 12 by a passage connecting the basement to a glass structure carrying the elevators directly to the floors of the two bodies of the buildings, including the new with its stainless steel front bears the signature of Richard Rogers.

Erga was chosen to carry out the project. As for the works, they were entrusted to the MAN company founded by Michel Abi Nader. The original façade will be restored by Chouf craftsmen and stone specialists.

The L’orient le jour project anticipates the refurbishment and conversion of the existing historic building at Lot 12, Plot 44-14 Marfaa, in downtown Beirut into a mixed-use development consisting of Class A offices and commercial retail space.
The concept Design has identified an overall approach to the general arrangement and the requirements for structure and services provisions.

The primary considerations for the concept design phase have been:

Development of an appropriate architecture and urban response to suit the context and city master plan.
Formulation of structural solutions to suit design program criteria, notably free internal space and enhanced seismic protection, along with an assessment of suitable building services systems to suit the requirements of the project program.
The appropriate exploitation of the allowable built-up-area (BUA) and usable for development within the context of the city master plan.
The development of an appropriate architectural language that allows the identity of the new build elements of the development to co-exist in sympathy with the original, retaining elements, which are rich in character and of historic merit.

The existing building is a landmark that has been made more prominent and accessible by the recent completion of the “Beirut Souks” retail development, the northern elevation (and restaurant complex) of which directly faces the L’orient building.

The address of the existing building is on Tripoli street, which forms the southern boundary to the site itself now a semi-pedestrianized road of a high standard of design and finishes associated with the redevelopment of the downtown Beirut Central District (BCD).

There is no direct vehicular access to the site save for the potential for connection to the existing underground parking facility on the west boundary, on the other hand, the whole of the east, west, and south sides will be accessible by pedestrians.

Despite being hemmed in by surrounding buildings, the site offers exceptional viewing prospects due to both the public permeability of the souks and Tripoli street, but also to the elevation of the site in relation to the arterials streets, including Mr. Arslan boulevard, further north. 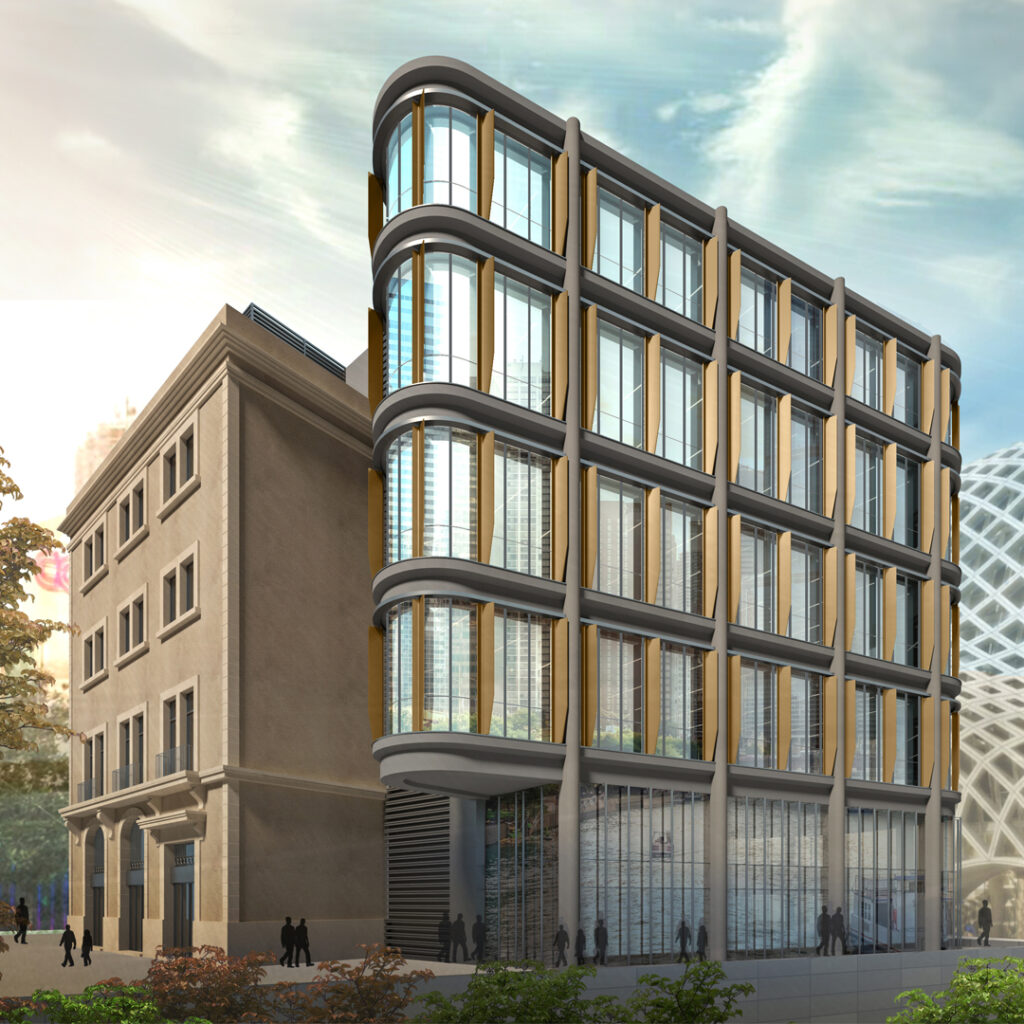 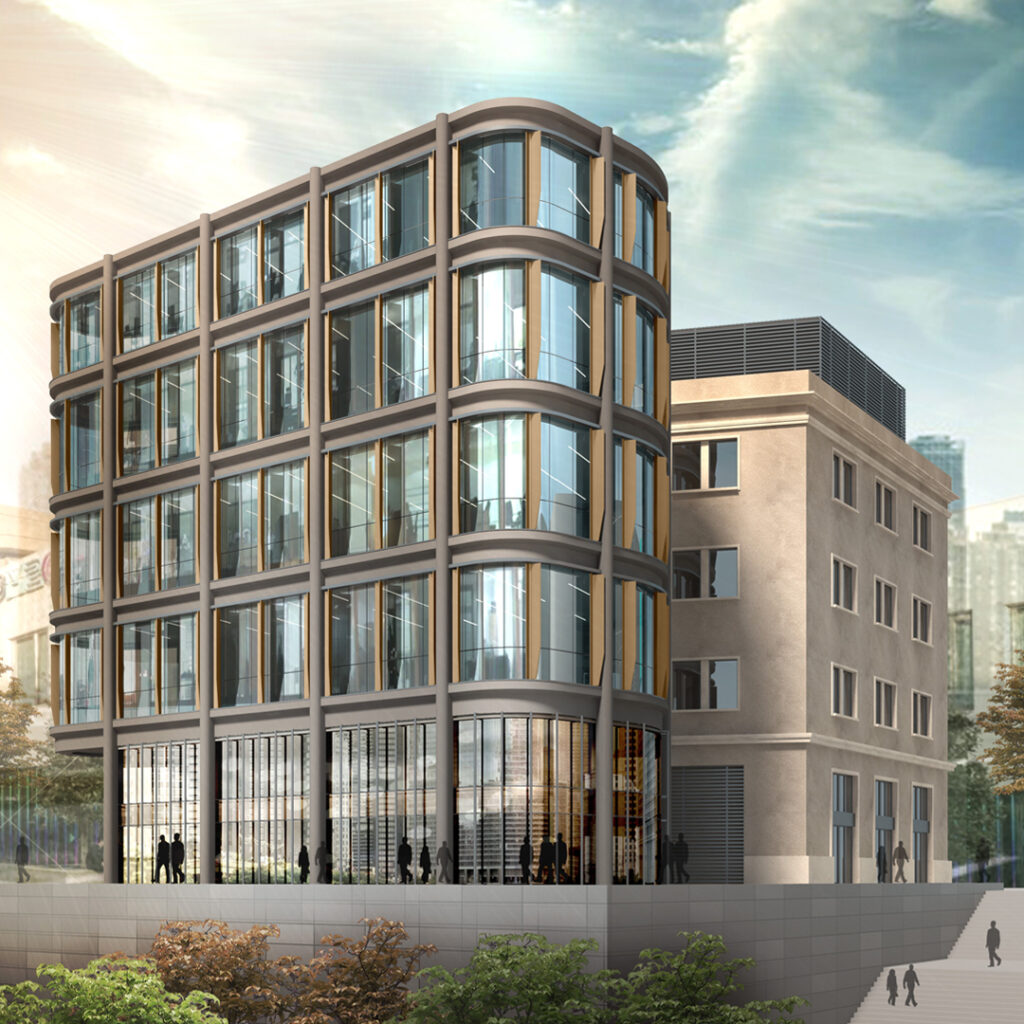 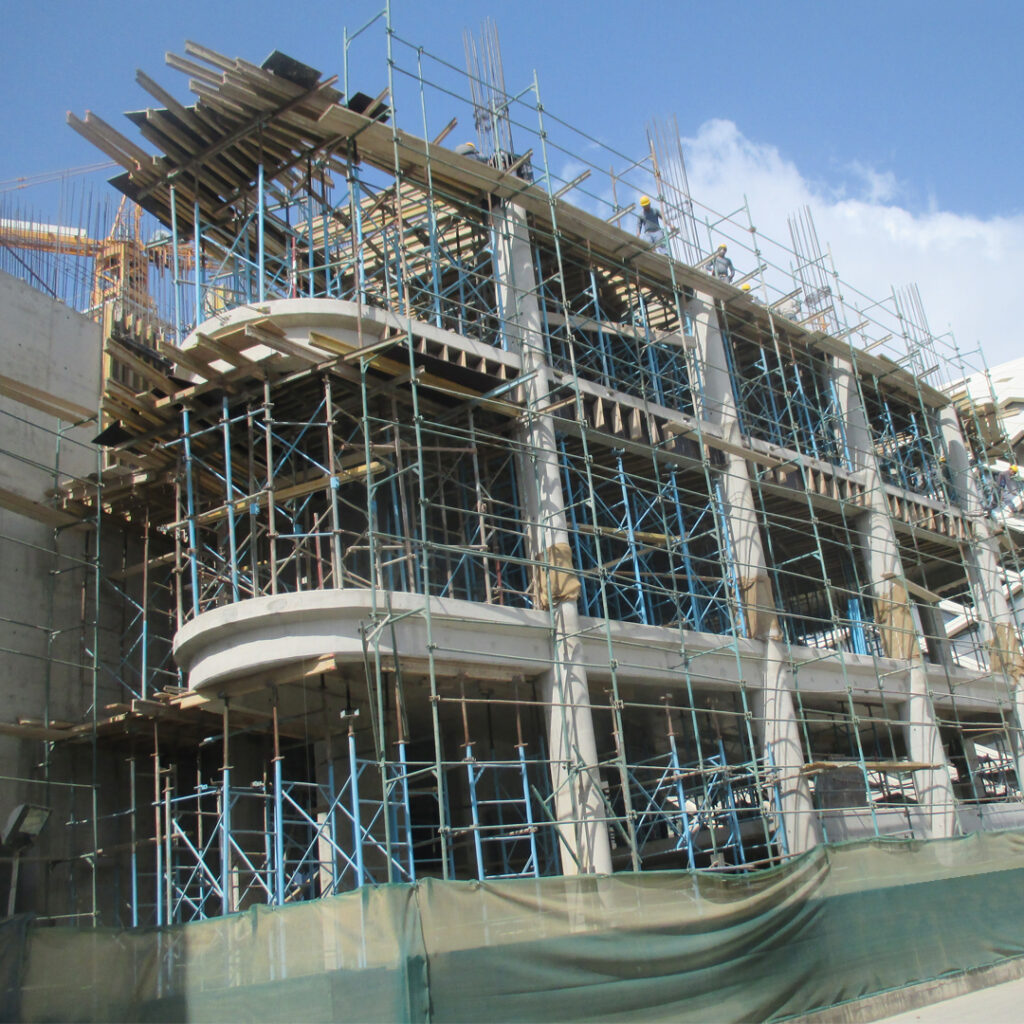 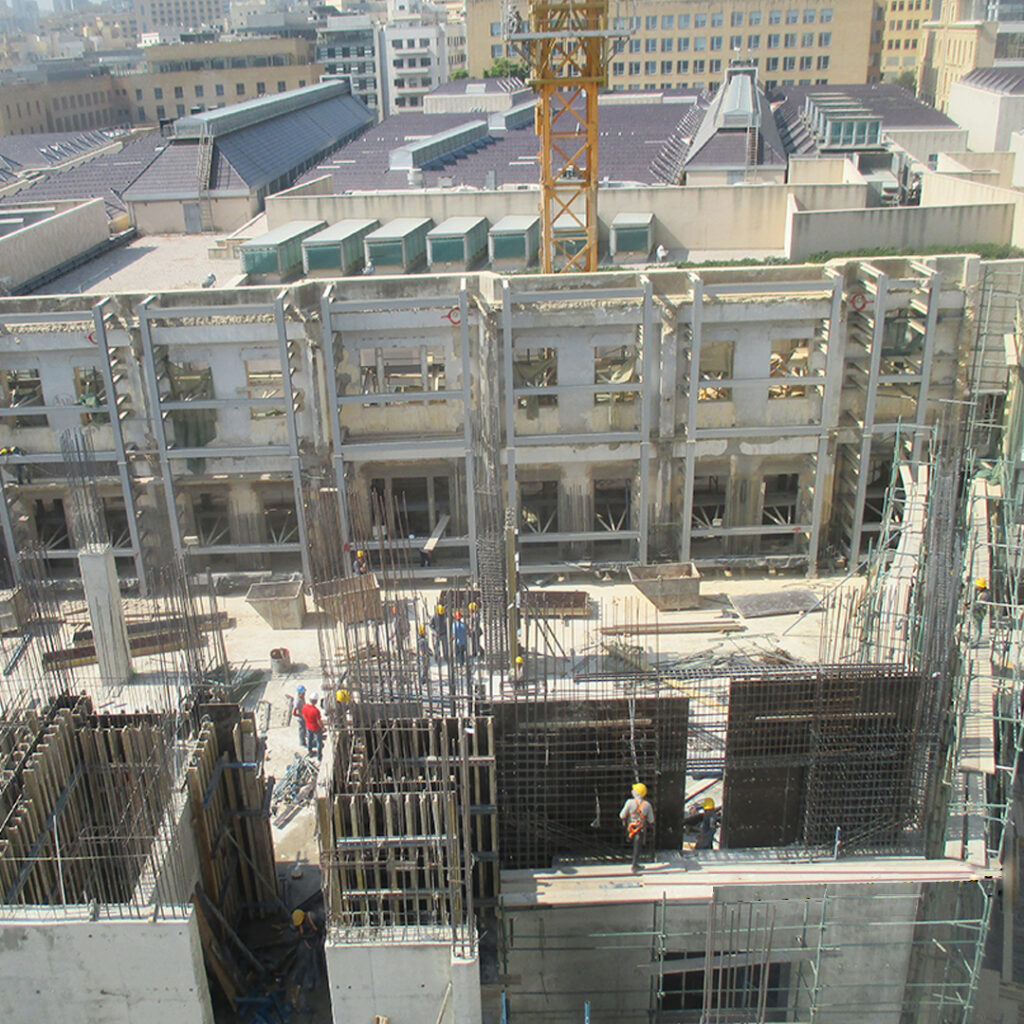 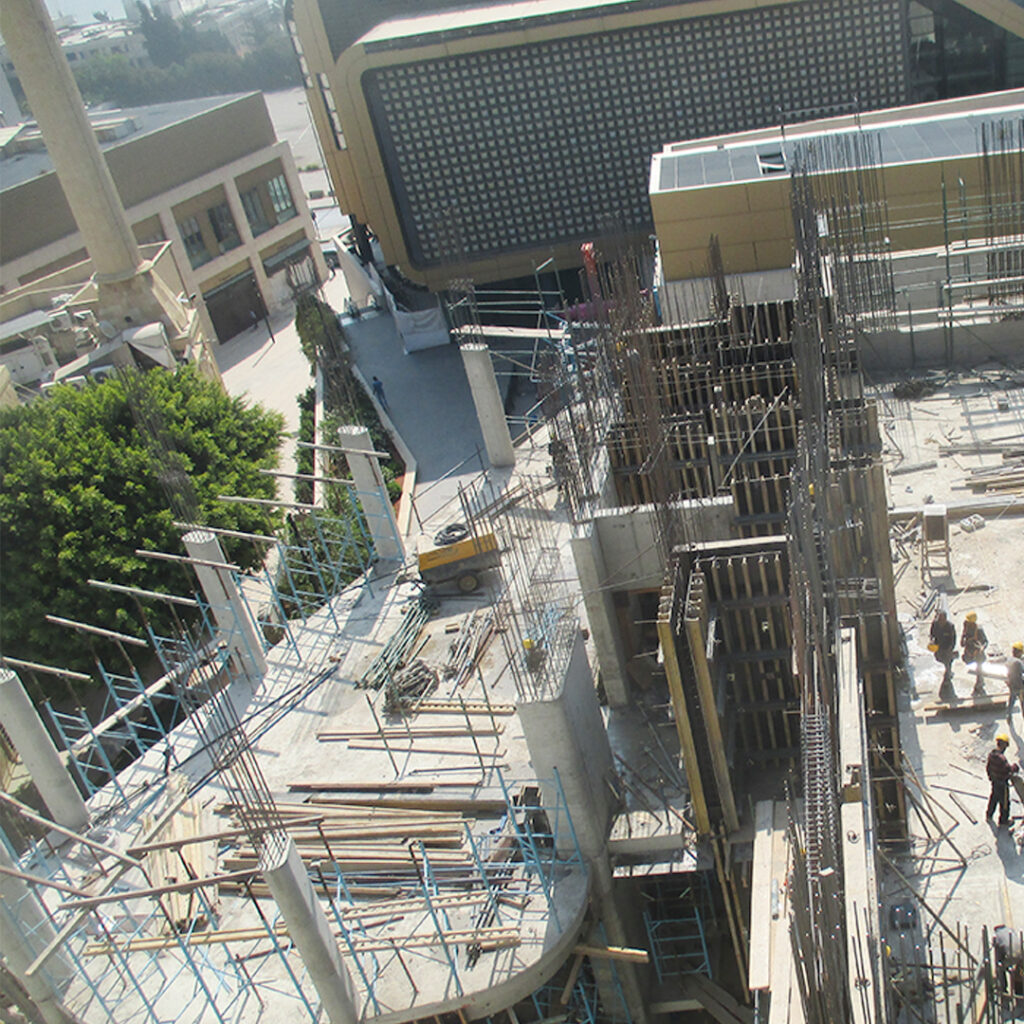